Trino Motion Pictures’ 2021 comedy, The Razz Guy has premiered on Netflix over a year after its theatrical release. Trino Motion Pictures’ 2021 comedy, The Razz Guy has premiered on Netflix over a year after its theatrical release.

Directed by Udoka Oyeka, The Razz Guy stars Lasisi Elenu in his debut lead role as Temi, an obnoxious senior Executive who loses his ability to speak proper English after a curse was placed on him and must find a way to lift the curse ahead of a crucial business merger deal.

The title premiered to rousing reviews from film lovers in March 2021. 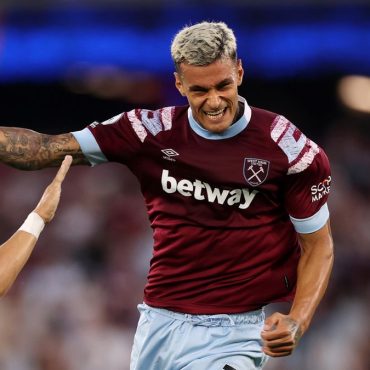 Italian striker Gianluca Scamacca scored his first West Ham goal as they beat Danish side Viborg in their Europa Conference League play-off first leg at London Stadium. The 30.5 million Pounds signing from Sassuolo, was handed his first start and took just 24 minutes to make an impact when he headed in following neat play on the left from fellow new arrival Maxwel Cornet. Jarrod Bowen tucked a second into […]