Trino Motion Pictures’ 2021 comedy ‘The Razz Guy’ has been confirmed for a Netflix release.

Trino Motion Pictures’ 2021 comedy ‘The Razz Guy’ has been confirmed for a Netflix release on August 12, 2022.

The Razz Guy follows the story of Temi,an annoying senior Executive who loses his ability to speak proper English after a curse was placed on him and he must find a way to lift the curse ahead of a crucial business merger deal. 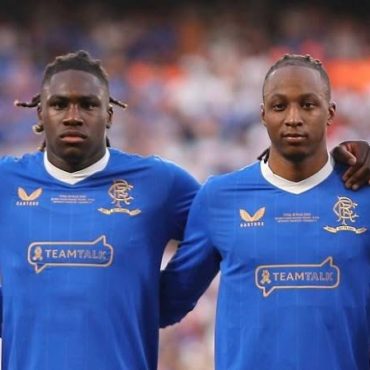 The duo of Joe Aribo and Calvin Bassey are the latest players to arrive Super Eagles.

The duo of Joe Aribo and Calvin Bassey from Ibrox Rangers are the latest players to arrive Super Eagles camp in the United State ahead of their International Friendly match against Mexico and Ecuador. More players are also expected in the team’s camp which came alive yesterday following the arrival of more invited players. The Super Eagles will tackle the El Tri of Mexico in their first friendly at the At&t Stadium Arlington, Texas […]