The Nigerian Army has dismissed claims that some villages were attacked by Ambazonia militants. 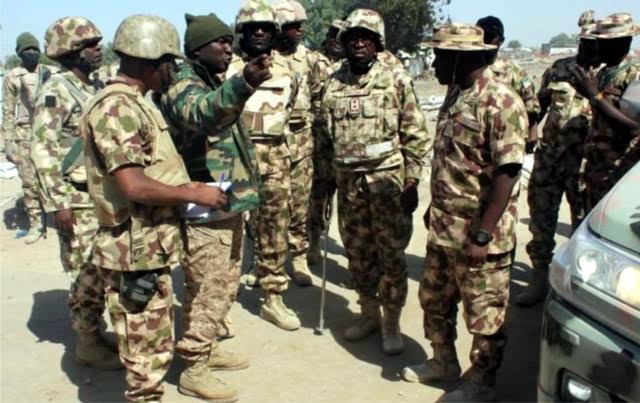 The Nigerian Army has dismissed claims that some Nigerian villages were attacked by Ambazonia militants, a separatist group in Cameroon.

The Director of Army Public Relations,Brigadier General Onyema Nwachukwu,said although the military authorities confirmed that the militants stormed some communities on Sunday, the attack did not happen on Nigerian territory.

Nwachukwu disclosed that contrary to the misinformation, their troops deployed at Danare received information on Sunday morning about the said attack and they immediately mobilised to the Bashu community, which was allegedly under attack.

He said when they arrived it was revealed that Bashu was not under attack and no external incursion was recorded; rather the separatists attacked Obonyi 2 and Njasha communities located in the Republic of Cameroon and four victims who ran into the Nigerian territory were rescued.

Trino Motion Pictures’ 2021 comedy ‘The Razz Guy’ has been confirmed for a Netflix release.

Trino Motion Pictures’ 2021 comedy ‘The Razz Guy’ has been confirmed for a Netflix release on August 12, 2022. The Udoka Oyeka directed film starring comedian Lasisi Elenu in his debut lead role, premiered in cinemas last year to impressive reviews. The Razz Guy follows the story of Temi,an annoying senior Executive who loses his ability to speak proper English after a curse was placed on him and he must find a way to lift the curse ahead of […]