The Federal Government has handed over 17,350 bulletproof vests and ballistics helmets, and 4,400 safety boxes and first aids to the Inspector General of Police Usman Baba, to enhance the operation of the Force. 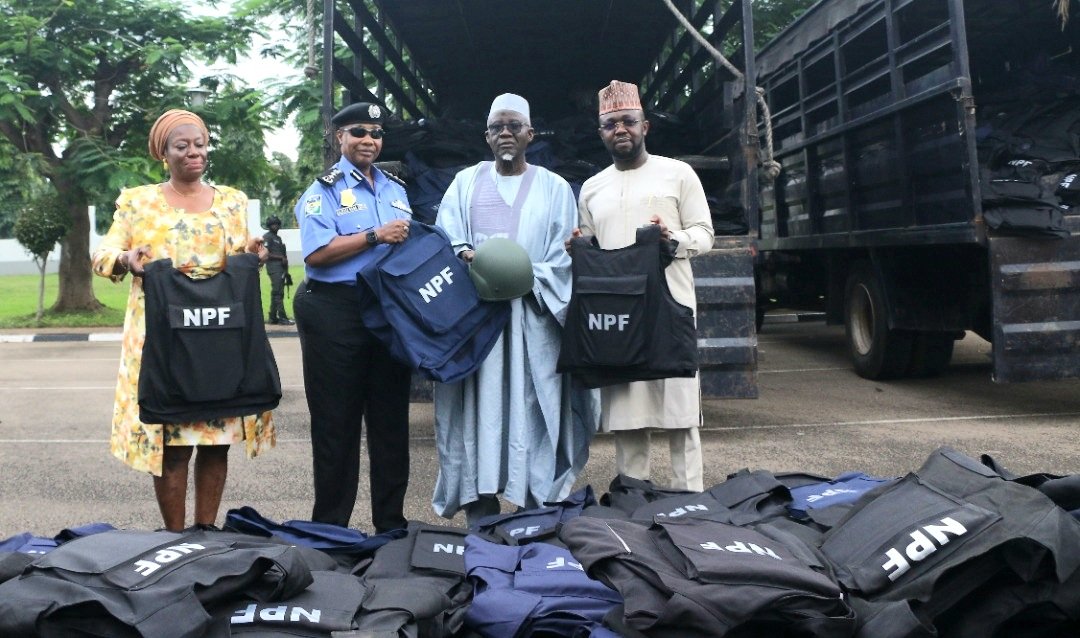 The Federal Government has handed over 17,350 bulletproof vests and ballistics helmets, and 4,400 safety boxes and first aids to the Inspector General of Police Usman Baba, to enhance the operation of the Force.

The Minister of Police Affairs, Mohammad Dingyadi who made the presentation at the Force Headquarters in Abuja said the purchase of the items is contained in the ministry’s 2022 capital budget.

Dingyadi who thanked President Muhammadu Buhari, the National Assembly, and the Ministry for assisting the force with the operational tools, said the provision will enhance the efficiency and effectiveness of the leading internal security agency.

He commended the Force for dislodging criminals, noting that their efforts necessitated the need to provide protective gadgets, and that it underscores the Buhari’s administration’s commitment to policing through enhanced welfare arrangement, infrastructure, capacity building, enhanced salaries, and reforms.

Different reactions have continued to trail the proposed establishment of National Electoral Offences Commission by the National Assembly, to tackle vote buying and other electoral offence.

Speaking recently at a public hearing on the bill, the Chairman of Independent National Electoral Commission INEC Professor Mahmoud Yakubu remarked that the reform of the nation’s electoral process cannot be complete without effective sanctions on violators of the laws, adding that at present, they are saddled with the responsibility of prosecuting electoral offenders under the Electoral Act.

Member of the House of Representative Committee on Media and Public Affairs, Aniekan Umanah shed more light on the proposed legislation

However, the Economic and Financial Crimes Commission EFCC, at a public hearing on the bill through its Assistant Commander, Deborah Ademu-Eteh said it would amount to duplication of functions, with a Senior Advocate of Nigeria Professor Affam Osigwe stating that the establishment of the Commission would amount to an increase in the cost of running governance in the country. ………….CUE IN/AFFAM OSIGWE 1 AUG 25…………

Osigwe Spoke further on the matter.

Urban Radio Correspondent, Emeka Chibuoke who has been following the development recalled that on the 14th of July 2021 a Bill for an Act to Establish Electoral Offences Commission and for Related Matters thereof, was referred to the Committee of the Whole House by the Speaker of House of Representatives, Femi Gbajabiamila. 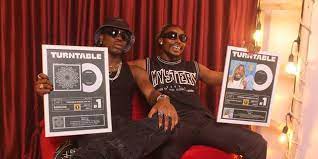 Turntable Charts has announced the launch of the No. 1 award program for the celebration of artistic achievements in Nigerian music

Turntable Charts has announced the launch of the No. 1 award program for the celebration of artistic achievements in Nigerian music, designed and made eligible for all those involved in the creation of a No.1 single in the country based on the weekly Turntable Nigeria Top 100 which combines all streaming platforms and airplay across the country. Artists both lead & featured, producers, engineers, and studio personnel, record labels, A&Rs, music distributors, and […]