The alleged victim of organ harvesting links with former Deputy President of the Senate Ike Ekweremadu and his wife, Beatrice yesterday The alleged victim of organ harvesting, David Ukpo linked with former Deputy President of the Senate Ike Ekweremadu and his wife, Beatrice, yesterday at the Uxbridge Magistrates’ Court in the United Kingdom admitted that he is now 21 years old, as against 15 he earlier claimed.

Both Ekweremadu and his wife appeared in court yesterday and they pleaded not guilty to the charge of organ harvesting while the case has been transferred to the Central Criminal Court and adjourned till August 4.

Prosecutors were said to have told the court that all the available evidence provided showed that the said donor is 21 years old and not 15 years old as widely reported.

They have also been ordered to be remanded in custody till the adjourned date, So the case will no longer be transferred to Nigeria as it will now be heard at the Central Criminal Court 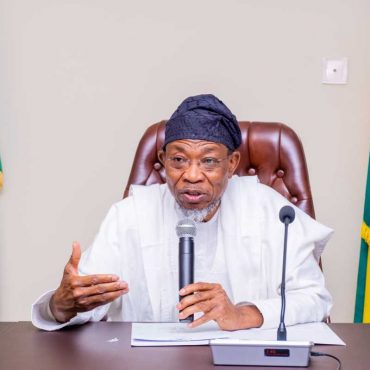 The Minister of Interior, Rauf Aregbesola, yesterday declared Monday 11th and Tuesday 12th July, 2022, as public holidays to mark this year’s Eid-El-Kabir celebration. Aregbesola, who made the declaration on behalf of the Federal Government congratulated all Muslims and Nigerians both at home and in the Diaspora on the celebration. The Former Governor of Osun State urged Muslims to continue to imbibe the spirit of love, peace, kindness, and sacrifice, […]