Tennis great Serena Williams will continue her comeback next month at the national bank open in Toronto, Canada. Tennis great Serena Williams will continue her comeback next month at the national bank open in Toronto, Canada.

The 23-time grand slam singles champion played in her first singles tournament for a year at wimbledon but did not commit on her future.

However, the 40 year old american, has signed up to play at one of the us open warm-up tournaments, beginning on 8 august.

She has won the us open six times but she is currently unranked having not won a singles match for more than a year. 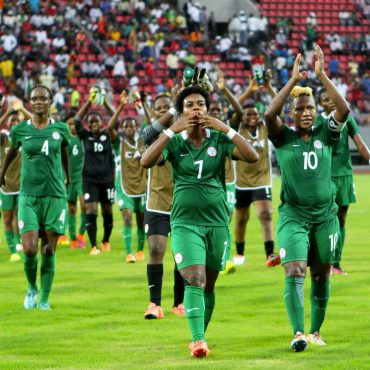 The super falcons of Nigeria have qualified for the semi-final of the ongoing women’s Africa cup of nations after they saw off archrival Cameroon 1-0 in a keenly contested encounter last night. Rasheedat Ajibade headed in the only goal of the game in the second half, to ensure randy Waldrum’s women made it into the final four and qualified for their 9th consecutive women’s world cup in Australia and New […]