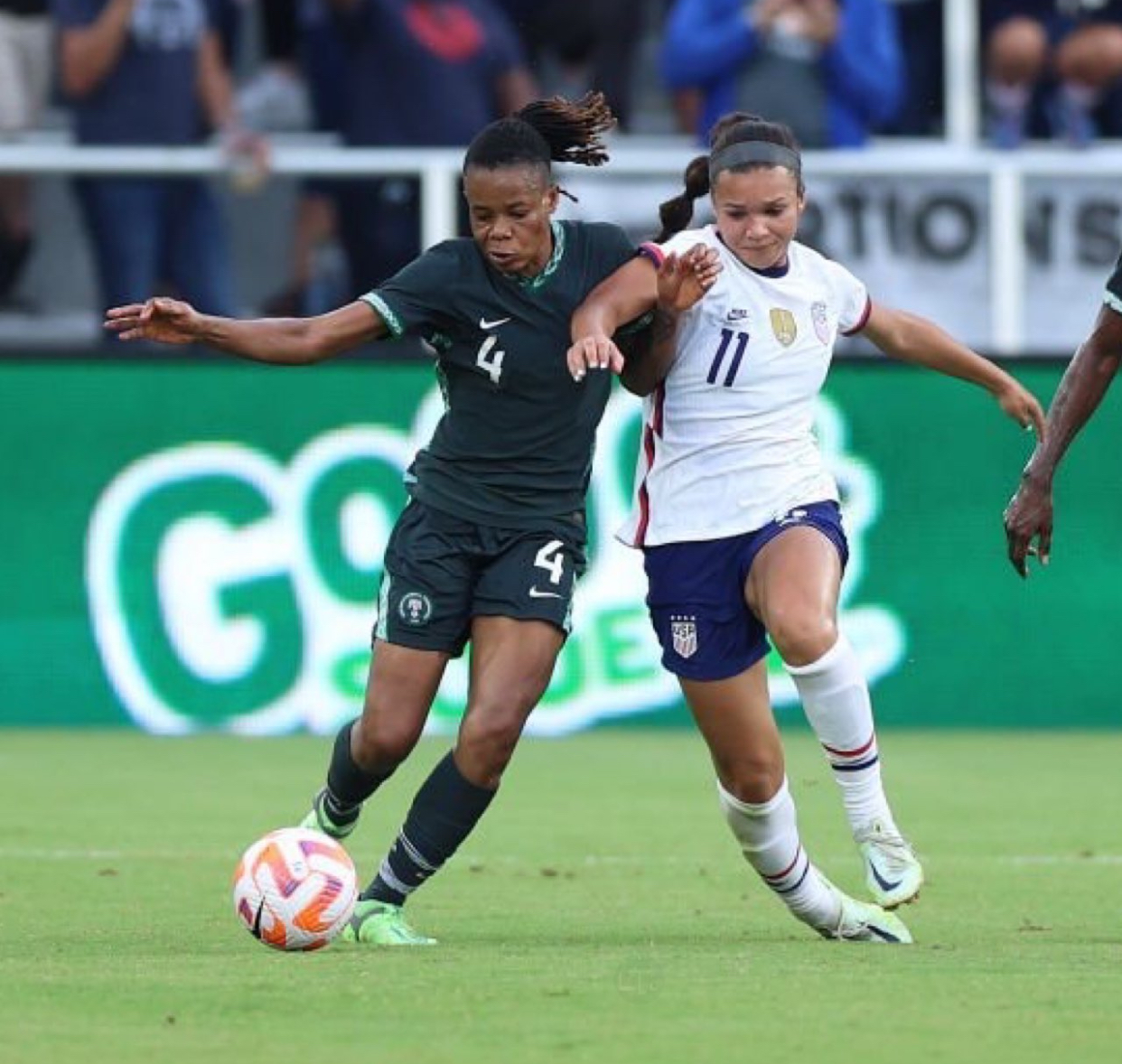 The Super Falcons of Nigeria have once again lost to the world champions the United States of America in their second friendly game despite putting up a spirited performance that ended in a 2-1 defeat.

It was a much-improved display from the Falcons inside the Audi Field, Washington DC after they were hammered 4-0 by the U.S in their first meeting on Saturday.

After containing their hosts in the early part of the game, the Falcon’s defense was eventually breached in the 24th minute as Blessing Demehin put the ball into her net, but they fought back and were rewarded as Uchenna Kanu equalized in the 50th minute with a fine strike.

The Americans however went 2-1 up through Rosemary Lavelle who headed in a cross from the left off the boot of Megan Rapinoe. Police in Tennessee has confirmed that a body found on Monday is that of missing heiress Eliza Fletcher. The 34-year-old mother-of-two was a teacher in the area and the granddaughter of a local billionaire who was abducted while jogging early on Friday morning near the University of Memphis campus. A 38-year-old man Cleotha Abston with a previous conviction for kidnap has been charged with kidnapping and killing Fletcher. Her family […]