The Nigeria international sustained the injury in the White and Blues 2-1 defeat to Getafe on Sunday night.

Sadiq was diagnosed with a ruptured anterior cruciate ligament on Monday and is set to miss the remainder of the 2022/23 campaign.

After suffering a rupture of his anterior cruciate ligament in his right knee, Sadiq Umar will undergo surgery on 15th September in Vitoria, with Dr. Mikel Sánchez taking control of the procedure.

The 25-year-old Super Eagles striker scored on his debut against Atletico Madrid after coming as a substitute. 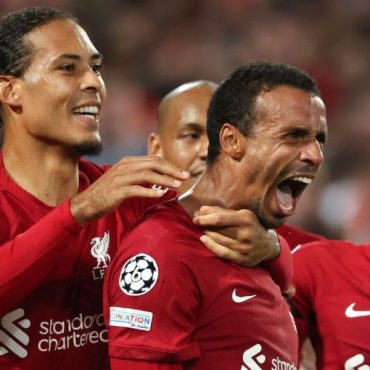 Joel Matip's late header against Ajax at Anfield gave Liverpool their first Champions League win this season after Manager Jurgen Klopp demanded a reaction to the horror show of the 4-1 defeat at Napoli in their group opener. Liverpool created plenty of openings and deservedly went ahead when Mohamed Salah swept home Diogo Jota's pass. Mohammed Kudus' searing shot went in off the underside of the bar to level, but […]