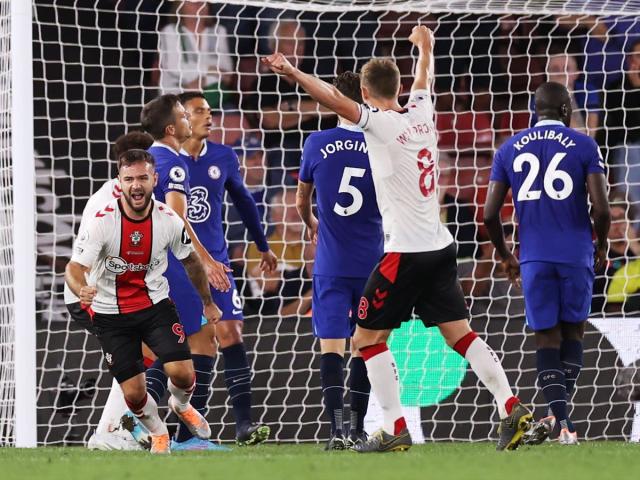 Southampton completed a stunning first-half turnaround to inflict Chelsea’s second defeat of the season with a deserved 2-1 victory.

Raheem Sterling netted his third goal of the season from close range in the 23rd minute but the Saints bravely fought back through talented teenager Romeo Lavia, who blasted home from the edge of the area five minutes after to lift a subdued St Mary’s.

Southampton never looked back from there with Adam Armstrong firing home the winner in the added time of the first half to leave Ralph Hasenhuttl’s side above the Blues.

Thomas Tuchel’s side is now five points behind leaders Arsenal having taken only seven points from their first five matches despite their evening on the south coast starting perfectly. Emma Raducanu Crashes Out In The First Round Of The Us Open.

US Open champion Emma Raducanu's title defense has ended at the first hurdle as she lost in straight sets to France's Alize Cornet. The 19-year-old stunned the world by winning the major as a teenage qualifier, but her return to court at Flushing Meadows was less memorable. The British number one was out-hustled and bullied by the experienced Cornet, who won 6-3 6-3 in New York. Raducanu seeded 11th, will […]