Senate Ike Ekweremadu, daughter has broken her silence since her organ donor scandal began to make the news The daughter of the former Deputy President of the Senate Ike Ekweremadu, Sonia has broken her silence since her organ donor scandal began to make the news.

The 25-year-old in a lengthy Instagram post confirmed that she dropped out of the University of Newcastle in 2019, after being diagnosed with rare kidney disease, FSGS Nephrotic Syndrome and she is currently in London, United Kingdom, where she receives five hours of dialysis 3-4 times a week.

Although she refused to open up on the legal issues that have seen her father put in prison, she revealed that during the time that her father has been incarcerated, he has been diagnosed with acute kidney damage.

Sonia appealed to anybody who it may please to assist her willingly with a kidney donation in the name of God. 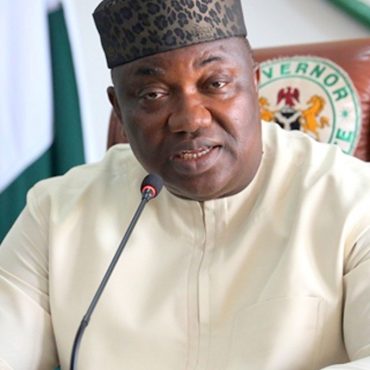 The Governor of Enugu State Ifeanyi Ugwuanyi yesterday swore in Kingsley Awuka, as his Special Adviser, at the EXCO Chamber, Government House, Enugu, to the delight of the people of Ozalla Community in Igbo-Etiti Local Government Area of Enugu State. Speaking shortly after he was sworn in, Awuka expressed profound gratitude to Ugwuanyi for the great honour and privilege accorded to the people of the Ozalla Community in the Igbo-Etiti […]