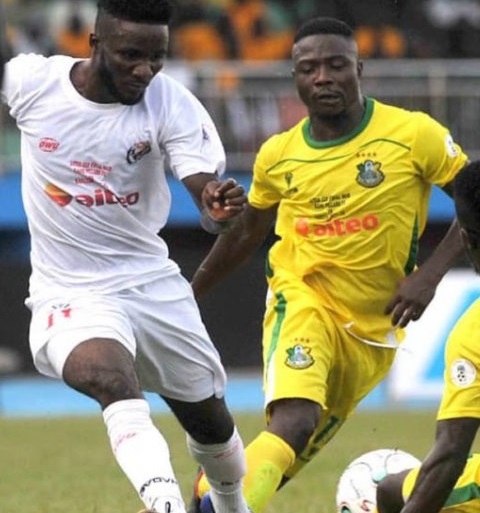 Rangers International F.C further lost grounds for a continental spot this season as they were beaten by unsettled Kano Pillars led by former coach Salisu Yusuf, in a match day 35 of the Nigeria Professional football league.

A controversial penalty kick awarded by the referee just three minutes into the second half for an alleged handball incident that was converted by veteran, Rabiu Ali on 52 minutes turned out to be the match-winner for the Sai Masu Gida side in the hotly contested encounter that was played behind closed doors.

At the quarter-hour mark, the visitors created an opportunity but Joshua Enaholo who stood between the sticks for the home side was quick off his goal line to make a save just as it was on 25 and 32 minutes when opportunities fell for Chidiebere Nwobodo and Christian Nnaji but the failed to take them.

Kenechukwu Agu was presented with another opportunity to draw the visitors level on 87 minutes but his curly shot from the edge of the box failed to trouble Enaholo. At least four people have been killed after a stand collapsed during a bullfight in central Colombia.

At least four people have been killed and scores more injured after a stand collapsed during a bullfight in central Colombia. Footage has emerged showing the three-storey wooden stand filled with spectators falling at a stadium in El Espinal, Tolima department. The traditional Corraleja event involved members of the public entering the ring to engage the bulls. President-elect Gustavo Petro has urged local officials to ban such events, arguing that […]