At least four people have been killed after a stand collapsed during a bullfight in central Colombia. At least four people have been killed and scores more injured after a stand collapsed during a bullfight in central Colombia.

Footage has emerged showing the three-storey wooden stand filled with spectators falling at a stadium in El Espinal, Tolima department.

The traditional Corraleja event involved members of the public entering the ring to engage the bulls.

President-elect Gustavo Petro has urged local officials to ban such events, arguing that it was not the first time such an accident had happened, he added.

Governor of Tolima, Jose Ricardo Orozco said, two women, a man and a child have died with fears that the death toll would rise further while at least 30 people are seriously injured. 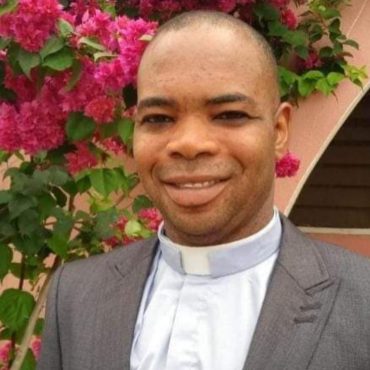 Catholic Priest, Reverend Father Osia, who was abducted by gunmen has been reportedly killed.

Catholic Priest, Reverend Father Osia, who was abducted by gunmen in the early hours of yesterday in Edo State has been reportedly killed. The priest was kidnapped Ikabigbo community of Etsako West Local Government Area of the state on Sunday morning. Fellow Catholic Priest, Kelvin Ugwu confirmed the killing in a post on his verified Facebook page last night. Details of the incident are sketchy as at press time.