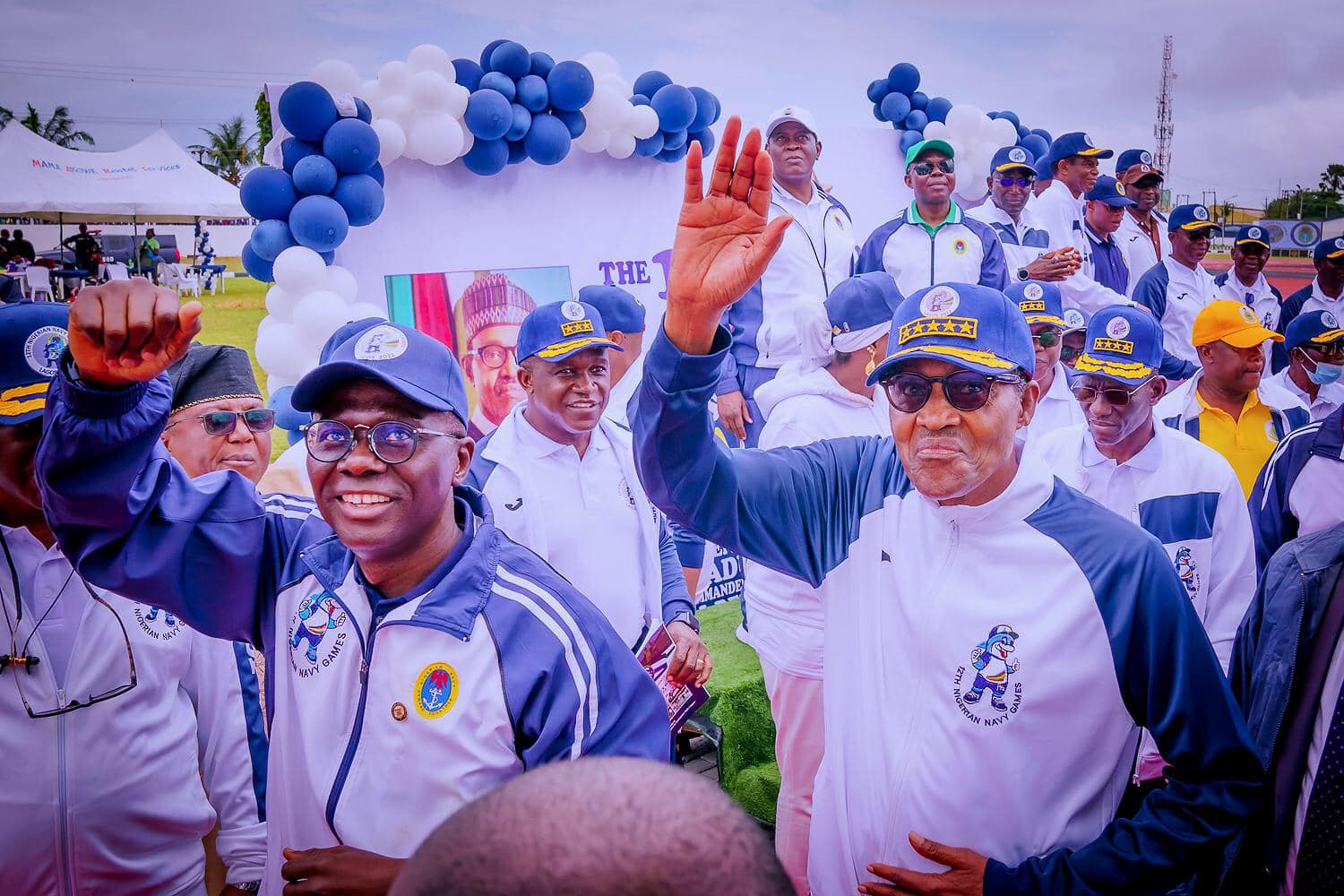 President Muhammadu Buhari yesterday commissioned a New Naval Sports Complex in Lagos State and declared open the 12th Nigerian Navy Games, just as he urged Nigerians to believe in the capability of the armed forces to safeguard and bring long-lasting peace and stability to the country.

Declaring open the 12th Nigerian Navy Games, Lagos 2022, Buhari guaranteed Nigerians that the armed forces would continue to sustain their operational tempo to contain the security challenges in the country, adding that they would ensure that all appropriate measures are in place for the safety of Nigerians.

He also reiterated the importance of synergy between the armed forces, other security agencies, and the general population for peace and security. President Muhammadu Buhari says he has received with great sadness news of the passing of Queen Elizabeth II of the United Kingdom. Buhari in a statement yesterday evening mourned the dead monarch and commiserated with the Royal Family, stating that he and his family and the over 200 million Nigerians have received with immense sadness the passing of the Queen and the end of her unique and wonderful 70-year reign. […]