Former governorship aspirant of APGA, in Enugu State, Donatus, has decamped to the ADC. 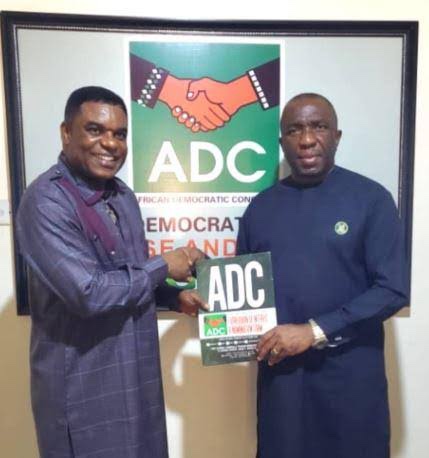 Former governorship aspirant of All Progressives Grand Alliance APGA, in Enugu State, Donatus Obi- Ozoemena, has decamped to the African Democratic Congress ADC ahead of the 2023 general elections.

The United State-based clergyman in pursuant of his 2023 ambition dumped APGA barely 9 days after he missed clinching the governorship ticket at the primary election which he had described as dishonest, stage-managed and sellout exercise.

Obi-Ozoemena, who stated that his entrance into the governorship race was answer to divine call to rescue his people, the long-suffering people of Enugu, also reaffirmed his preparedness to push through his ambition beyond all imagined tides.

Addressing newsmen after obtaining ADC governorship form, the philanthropist thankedthe national chairman of the party, Ralph Okey Nwosu and the entire ADC family for the opportunity, noting that with his new platform, he and his teeming supporters are battle-ready to go for gold and their eyes are firmly on the crown.

The United Democratic Party Governorship aspirant in 2019 said they are on a rescue mission to create employment for the people, especially the youths; to establish cottage industries, to transform the health sector, security, and stable electricity; to provide portable water for the people and to offer transparent and participatory governance in line with global best practices. 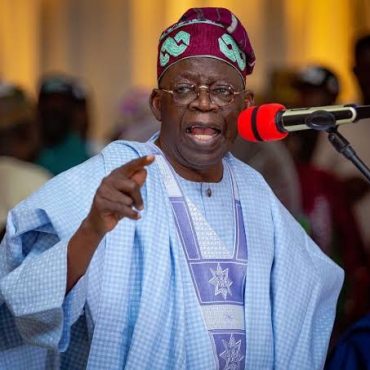 Former Governor of Lagos State Bola Ahmed Tinubu has won the All Progressives Congress APC presidential primary at a special convention held in Eagle Square, Abuja, recording a land slide victory against Vice President Yemi Osibanjo, former Minister of Transportation, Rotimi Amaechi, and the President of the Senate Ahmad Lawan. The Governor of Kebbi State Atiku Bagudu, yesterday returned Tinubu as the elected candidate having scored the highest number of […]