Chelsea has signed former African Footballer of the year Pierre-Emerick Aubameyang in a 10.3million pounds deal from Barcelona and Juventus midfielder Denis Zakaria on loan.

33-year-old Gabon striker Aubameyang scored 13 goals in 24 appearances for Barca after joining the Spanish club in February from London rivals Arsenal where he was stripped off as captain.

Left-back Marcos Alonso has left Chelsea by mutual consent and is expected to sign for Barcelona.

Chelsea have the option to sign Zakaria on a permanent deal after the 25-year-old Switzerland international joined Juventus from Borussia Monchengladbach in January. 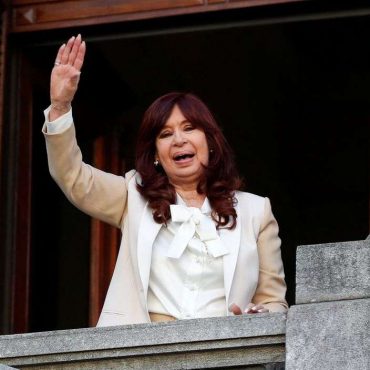 The Vice President of Argentine Cristina Fernandez De Kirchner has narrowly avoided assassination after a gunman's weapon jammed as he aimed at her.  De Kirchner was greeting supporters outside her home when a man emerged from the crowd and pointed a handgun in her face. President of the country Alberto Fernandez said the gun was loaded with five bullets but failed to fire when triggered, while Police confirmed that the […]