EFCC in Enugu State has arraigned one Kelechi Vitalis Anozie. 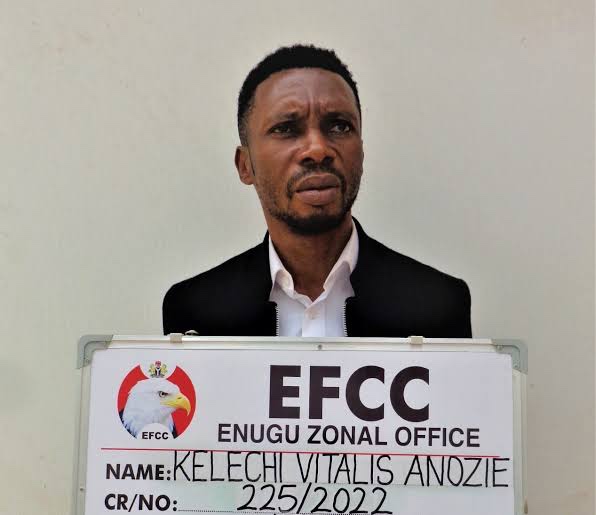 The Economic and Financial Crimes Commission EFCC in Enugu State has arraigned one Kelechi Vitalis Anozie before Justice I.M Buba of the Federal High Court sitting in Enugu on a seven-count charge bordering on money laundering.

The clergy was arraigned alongside three others who are currently at large, including, Azubuike Bright, Amarachi Blessing Ito and Kelechi Patrick Iro.

Anozie who is on the Federal Bureau of Investigation’s Wanted List, was arrested by the Enugu Command of the EFCC at Owerri on March 10, 2022, following actionable intelligence received by the Commission after he was alleged to have defrauded one F.F who lives in Illinois the sum of 135,800 dollars, and 47,000 dollars from another American based in North Carolina .

The defendant was granted bail in the sum of Ten Million Naira and one surety in like sumand to deposit his international passport and passport photographs with the court, before proceedings was adjourned until Friday June 10,2022 for trial. 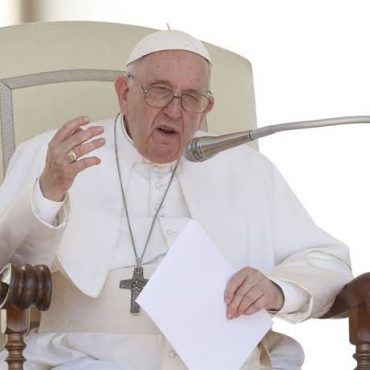 Pope Francis and the Ooni of Ife, have expressed solidarity with Catholics in Nigeria.

His Holiness, Pope Francis, has expressed his solidarity and closeness with Catholics in Nigeria after gunmen stormed St. Francis Xavier Catholic Church, Owo, Ondo State, on Sunday, killing innocent worshippers and injuring many others. The Pope in a statement issued by the director of the Vatican press office Matteo Bruni, said the congregants were painfully affected, assuring them of his spiritual closeness. Similarly, the Ooni of Ife, Oba Adeyeye Ogunwusi, […]