The Acting Chairperson of Academic Staff Union of Universities, ASUU, at the Ebonyi State University, Ikechukwu Igwenyi, yesterday urged the federal government to implement its agreement with them, as the strike by the lecturers enters its fourth month.

Igwenyi, who made the call on the Breakfast Show, The Parliament on Urban Radio, disclosed that the union will not renegotiate an already negotiated agreement between them and the federal government.

Igwe Austin from Enugu State who called during the programme, called on both ASUU and federal government to resolve the lingering strike in public universities, stressing that the strike has largely affected the education system in Nigeria.

The Federal Government’s renegotiation committee headed by Nimi Briggs met with ASUU leadership yesterday at the Nigeria University Commission, NUC in Abuja, in continuation of the renegotiation of the FGN/ASUU 2009 agreements, but the meeting ended without a concrete agreement as members planned to reconvene within 24 hours to consider a draft agreement.

The Speaker of the Ebonyi State House of Assembly Francis Nwifuru yesterday said he is the only gubernatorial candidate of the ruling All Progressives Congress APC, in Ebonyi State, condemning in totality the rumor making the rounds in the state that there was an APC parallel primary elections election in the state.

He made the condemnation while speaking with members of the correspondent chapel of the Nigeria Union of journalists NUJ, Ebonyi State chapter during a courtesy visit, that took place at his lodge located along Ezza Road, Abakaliki.

Nwifuru vowed that he would be sworn in as the next governor of Ebonyi State come May 29th, 2023, claiming that Ebonyi State was one of the states that had a successful gubernatorial primary election in the country. 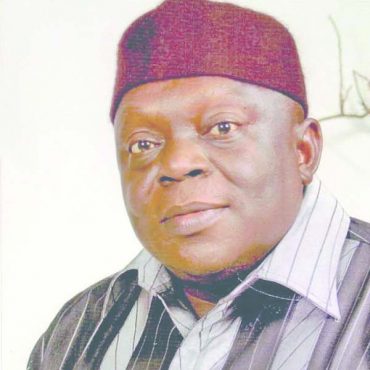 The Commissioner for Information and Strategy in Imo State, Declan Emelumba has denied the claim by some media outlets that the Governor of the State Hope Uzodimma advocated a Muslim- Muslim ticket for the presidential candidate of the All Progressives Congress APC. Emelumba In a statement yesterday in Owerri said at no time did the governor campaigned for such a position, but highlighted that religion was not mentioned as a […]