Fast-rising Nollywood actor, Obi Maduegbuna has joined the cast of Shola Thompson's film 'Last Call. The lead star joins Zainab Balogun and Valentine Ohu in the thriller which began filming this month. Principal Photography for 'Last Call' began on October 3, nearly a month after its lead star Zainab Balogun announced joining the cast via her Instagram handle. The feature film written and directed by Thompson, will follow a popular […]

Nigerian singer, songwriter, and producer Tekno Miles says he has embarked on a 30 days challenge in the hope of quitting smoking. Tekno, made this revelation via his Instagram account where he stated that he just successfully completed the first 24 hours of the thirty days of not smoking, but revealed that it was tough. He further shared that he was currently on the second 24 hours and was coping […]

Anderlecht forward, Francis Amuzu has revealed his desire to represent either of the Black Stars of Ghana or Belgium at the 2022 World Cup. Recall that Amuzu was part of the Belgium squad that played against Wales and Netherlands in the UEFA Nations League. However, in an interview with newsmen, he said he will be delighted if he’s selected for the World Cup Amuzu has scored two goals and registered […]

Erling Haaland scored twice as Manchester City cruised to a 5-0 Champions League victory over FC Copenhagen at the Etihad Stadium. The Norwegian netted with his first touch of the game and doubled the lead inside the first half for his 19th goal in just 12 appearances for the club. An own goal by David Khocholava and a Riyad Mahrez penalty heaped further misery on the Danes in a one-sided […]

Russia's President Vladimir Putin has signed the final papers to annex four regions of Ukraine - even as his military suffered further setbacks. The signed documents revealed that The Luhansk, Donetsk, Zaporizhzhia and Kherson regions have been accepted into the Russian Federation but in two of those areas - Luhansk and Kherson - Ukraine said it has been retaking more villages. Putin also signed a decree to formalise Russia's seizure […]

The president general of Ọhaneze Youth Council OYC, Igboayaka O. Igboayaka, has expressed satisfaction with the mass engagement of youths in the electioneering process of the 2023 general elections in Nigeria. Igboayaka, who spoke as a guest yesterday on the Urban Radio political programme The Parliament, said that while he was pleased with the involvement of the youths in the campaign process, he is however not surprised because the poor […]

The Court of Appeal in Abuja yesterday challenged the Federal Government and the striking Academic Staff Union of Universities ASUU to resolve their dispute amicably out of court. The Appellate Court suggested twenty-four hours for the two parties to have a rethink, sit down and come out with a resolution that would make Nigerians happy. Justice Georgewill Abraham, who threw the challenge when the Federal Government and ASUU appeared […] Ahead of the 2023 general elections, the Senate has confirmed the nomination of 19 Resident Electoral Commissioners (RECs) for the Independent National Electoral Commission (INEC). It also confirmed the nomination of Muhammad Lamido as Executive Commissioner, Finance and Accounts for the Nigerian Upstream Petroleum Regulatory Agency (NUPRA), adding that the confirmations were made sequel to the consideration of the reports of its Committees on Electoral Matters, and that of Upstream […]

The spokesman of the All Progressives Congress,APC Presidential Campaign Council, Festus Keyamo says the party’s presidential candidate Bola Tinubu will soon be back in the country. Keyamo made the comment yesterday following concerns raised about Tinubu’s continued stay in the UK. Recall that Tinubu’s visit to the United Kingdom made headlines in recent times as critics claim his absence when political campaigns have kickstarted suggests there might be issues, while […] 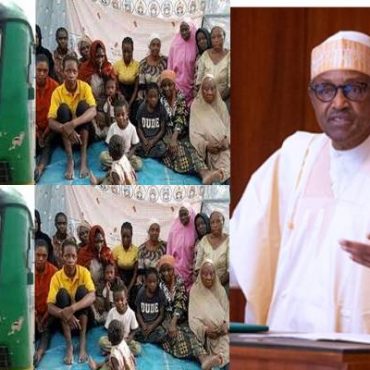 President Muhammadu Buhari has expressed joy over the release of the remaining 23 victims of the Kaduna train attack. Their release was confirmed yesterday, months after they were abducted by Boko Haram insurgents. In a statement by his media aide, Garba Shehu, the president while expressing satisfaction with the successful deployment of both kinetic and non-kinetic processes leading to the eventual safe release of the remaining hostages, also congratulated the […]