At least 50 passengers were rescued when fire shattered the tyres of an aircraft in Port Harcourt airport yesterday evening. 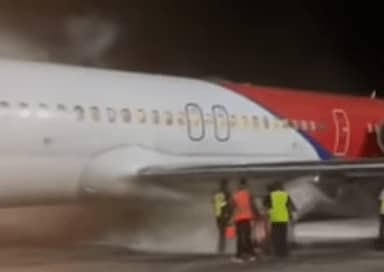 At least 50 passengers were rescued when fire shattered the tyres of an aircraft operated by Dana Airlines Limited in Port Harcourt airport yesterday evening.

In a statement issued today by Dana Air spokesman, Kingsley Ezenwa, stated that the aircraft with registration number 5N JOY operating flight 9J 344 from Port Harcourt to Lagos on 2nd of May 2022, was set to take off when the pilot in command noticed an anomaly which he probed with the Air Traffic Control before embarking on a ramp return in line with the strict safety operating procedures.

Ezenwa stated that the impact on the brakes as a result of the aborted takeoff affected the aircraft tyres which sparked off while the aircraft was trying to repark.

He noted that all 50 passengers onboard the aircraft disembarked safely and the maintenance team have immediately grounded the aircraft pending the conclusion of their investigations.

Dana Air spokesman however, apologized to all the passengers on the flight for the inconveniences caused due to the cancellation of the flight. 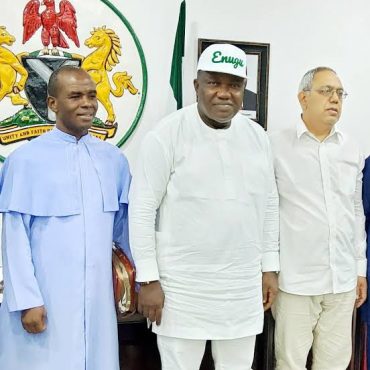 The Governor of Enugu State, Ifeanyi Ugwuanyi has declared that his administration will support a proposal by a British firm, Hp Kapital Limited.

The Governor of Enugu State, Ifeanyi Ugwuanyi has declared that his administration will support a proposal by a British firm, Hp Kapital Limited, to partner with the Adoration Ministry Enugu Nigeria, Amen to build a 500-bed University Hospital, three factories, a waste management plant and other facilities within the vicinity of the Adoration Centre in Enugu. Ugwuanyi who made the declaration when the Spiritual Director of Amen, Rev.Fr. Ejike Mbaka, […] 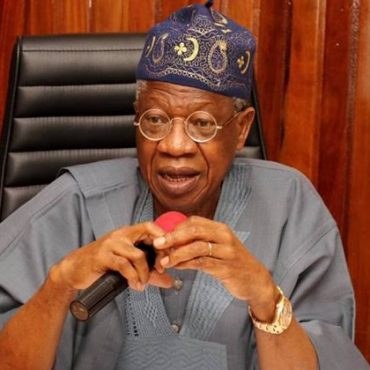 The Minister of Information and Culture, Lai Mohammed, has Restated that the Unity of Nigeria Remains Unshaken. The Chairman, Life In My City Art Festival LIMCAF, Kalu U. Kalu has Commended Young Artists.