The Governor of Enugu State, Ifeanyi Ugwuanyi has declared that his administration will support a proposal by a British firm, Hp Kapital Limited. 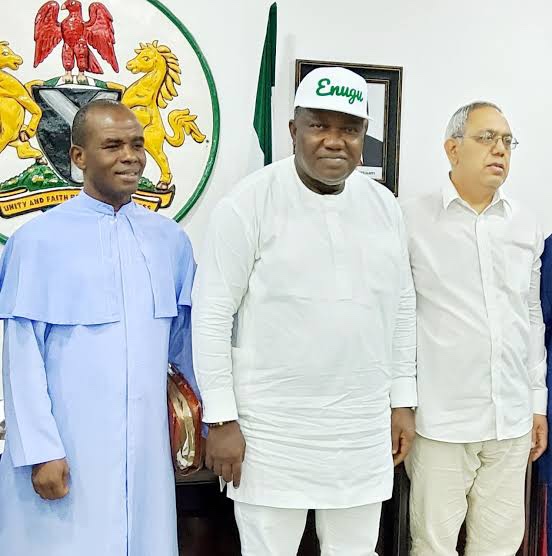 The Governor of Enugu State, Ifeanyi Ugwuanyi has declared that his administration will support a proposal by a British firm, Hp Kapital Limited, to partner with the Adoration Ministry Enugu Nigeria, Amen to build a 500-bed University Hospital, three factories, a waste management plant and other facilities within the vicinity of the Adoration Centre in Enugu.

Ugwuanyi who made the declaration when the Spiritual Director of Amen, Rev.Fr. Ejike Mbaka, led the Group Chairman of Hp Kapital Limited, Nandishwar Kaushal, and his team to visit him, at the Government House, Enugu, said the state government will do all that is required, considering its limited resources, to assist and ensure that the commendable project succeeds.

The delegation visited Governor Ugwuanyi i mg to formally inform him of their remodeling plan for the Adoration Centre to serve as a multifunctional facility to include a University Hospital of international standard with specialized medical services such as a landing pad and air ambulance, a five star hotel, recreation facility and convention centre, amongst others.

The delegation also informed the governor of their plan to build an energy plant to manage waste and also build three factories that would employ 600 people locally who will be trained by 40 engineers to be trained abroad, among other inherent benefits to the state.

In response, the Enugu State governor expressed delight at the project action plan and stressed that his administration will continue to support and encourage any venture that would create jobs and add value to the economy of the state and the living standard of the people.

President Muhammadu Buhari has assured families of those kidnapped by bandits.

President Muhammadu Buhari has assured families of those kidnapped by bandits in the unfortunate Abuja-Kaduna train service of March 28 that efforts were on-going to ensure their safe return. The president who gave the assurance yesterday in Abuja, when he hosted residents of the FCT who paid him Sallah homage, said they are fully conscious of the fact that many families in the country are in a state of fear and anxiety, especially captives held by terrorists against their will; […] 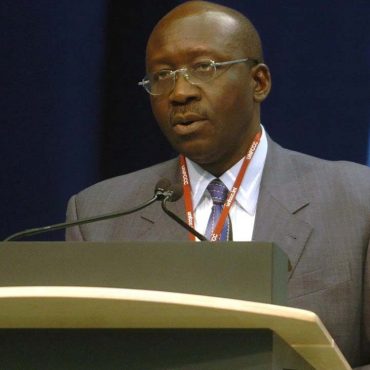