The Minister of Labor and Employment, Chris Ngige, appeals for Lecturer’s consideration.

The Minister of Labor and Employment, Chris Ngige, says the suspension of the strike embarked on by the Academic Staff Union of Universities ASUU, is dependent on them calling for the varsity lecturers to be considerate.

NGIGE in an interview yesterday said the ball is in their court, urging them to go and meet the Benimi Briggs Committee and look at what the committee is doing and make further inputs so that the work can be accelerated.

The Former Governor of Anambra, who recently announced his intention to run for President in 2023 reiterated that he cannot make a commitment on when the impasse will be resolved, charging the lecturers to do their part.

The Minister who said he is worried by the incessant strikes in public universities in Nigeria and has not slept in a bid to see that the schools are reopened, revealed that there would be a meeting of all stakeholders next week as part of moves to resolve the lingering strike. 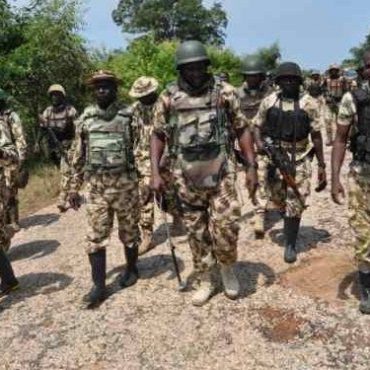 The Nigerian Army has deployed 173 officers and soldiers to Guinea Bissau on an ECOWAS peacekeeping.

The Nigerian Army has deployed 173 officers and soldiers to Guinea Bissau on an ECOWAS peacekeeping Operation to strengthen and enhance security in the West African sub-region. The Chief of Operations, Army Headquarters, Oluwa Femi AkinJobi, represented by Zakari Abubakar, announced this yesterday at the graduation and pre-deployment training of the troops from the Martin Luther Agwai Peacekeeping Centre in Jaji Kaduna State, adding that they were expected to leave […]