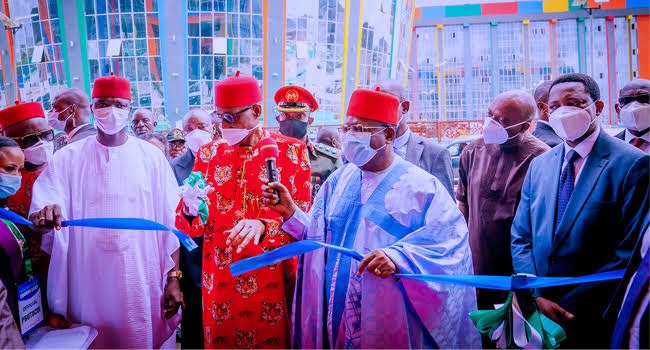 Buhari who is on a two-day visit to the South-East State said this while inaugurating the 700-metre length twin-flyover also called King David’s University flyover which cost two billion Naira, adding that he is impressed with the performance and he knows the projects will last.

He earlier said Governor Umahi, made the right choice by defecting from the main opposition Peoples Democratic Party PDP to the ruling All Progressives Congress APC.

The Governor who is also the Chairman of the South-East Governors Forum at a state banquet in honor of the President said there is no President in Nigeria’s history like him.

Umahi reiterated his administration’s efforts in completing the ongoing airport project by June 2022, requesting 10 billion Naira from the President for the purchase of airport equipment. 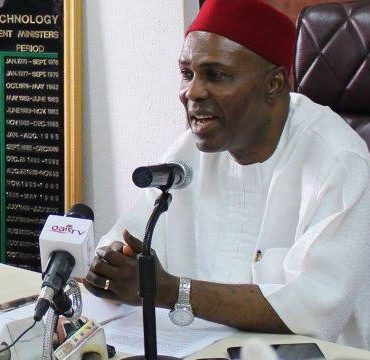 The Minister of Science, Technology and Innovations, has declared his interest to join the long list of presidential aspirants.

The Minister of Science, Technology and Innovations, Ognonnaya Onu has declared his interest to join the long list of presidential aspirants under the All Progressives Congress, APC. The minister, who announced his interest at an event in Abuja this morning, said he deliberately delayed his announcement to allow Nigerians return from the festivities considering the importance of his ambition. Meanwhile the Minister of Transportation, Rotimi Amaechi has obtained his All […]