ONE KILLED AS TORNADO TEARS THROUGH SUBURBS IN NEW ORLEANS 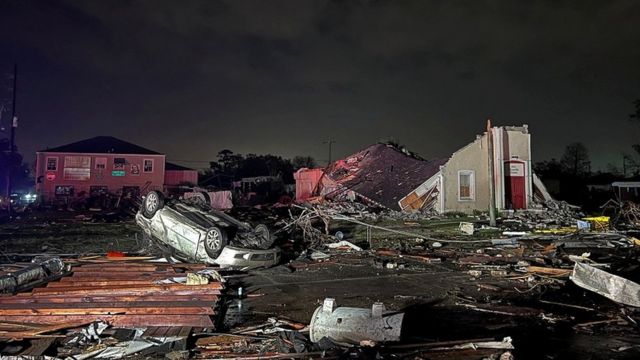 At least one person has died after a large tornado tore through New Orleans destroying homes and taking out power.
Videos showed the dark funnel cloud ploughing through neighborhoods last night, blowing off rooftops and overturning cars.

The tornado which hit suburbs that were devastated by Hurricane Katrina in 2005 was spawned by a storm system which caused widespread damage and killed a woman in Texas and Oklahoma on Monday.

Officials in the eastern St Bernard district said rescuers were searching for people who may be trapped after one person was killed and several injured. 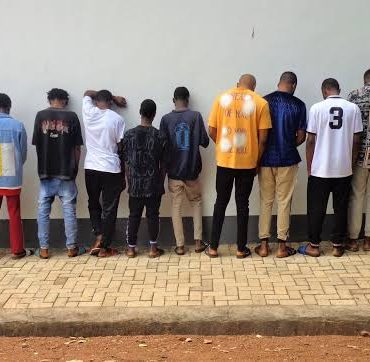 Operatives of the Lagos and Enugu Zonal Commands of the Economic and Financial Crimes Commission (EFCC), have arrested 33 internet fraud suspects in separate sting operations. The Spokesperson of the EFCC, Wilson Uwujaren in a statement yesterday said 17 of the suspects were arrested in Lagos while 16 others were nabbed in Enugu with exotic vehicles, laptops and mobile devices recovered from them. Uwujaren said the 17 suspects in Lagos […]