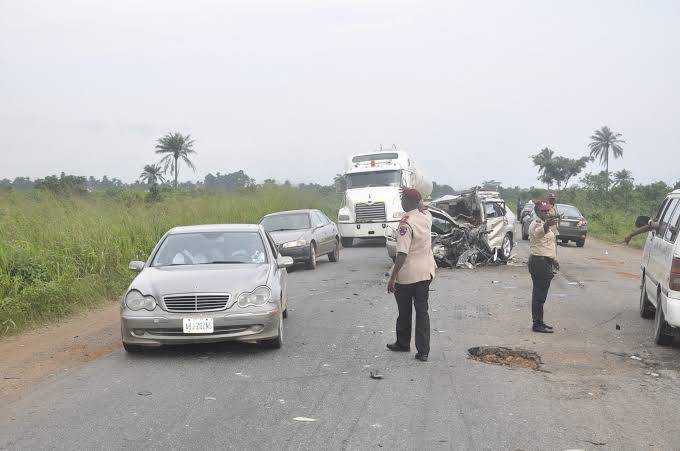 Two persons have been confirmed dead in an accident involving five vehicles at Upper Iweka by Awka-Onitsha Expressway, Anambra State.
The sector commander of the Federal Road Safety Corps (FRSC) in Anambra, Adeoye Irelewuyi, who confirmed the incident to newsmen in Awka, said 22 people were involved in the accident which was caused by brake failure.

IRELEWUYI further revealed that the driver of one of the trucks, lost control as a result of brake failure, rammed into vehicles in his front and crashed into a gutter.
However, eleven persons, according to the FRSC boss were injured and the victims were rushed to the Hospital, where two male adults were confirmed dead by the doctor on duty.

While commiserating with the families of the dead victims, he urged motorists to service their vehicles and ensure they comply with safety standards. 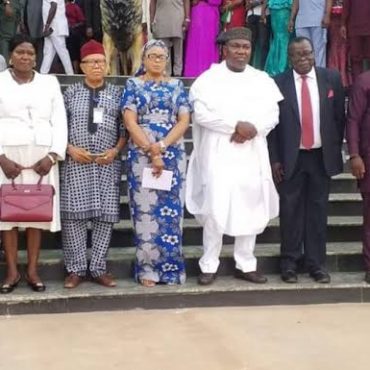