In commemoration of the international youths day, which was passed on by the UN in 1999 In commemoration of the international youths day, which was passed on by the UN in 1999, civil society organization in Enugu state, South Saharan in collaboration with Action Aid, organized a one day symposium, with its theme, Intergenerational Solidarity: Creating a World for all ages.

A keynote speaker, Chibuzo Ngwu, who spoke on youth and advocacy; bridging the gap with the internet and social media, said the social media has made the world become a global village, stressing that the youths, who have had the higher usage of the internet over the years can make use of it to share information and create awareness amongst themselves, as well as enforce the needed change.

With the coming of the 2023 general election in the country, another guest speaker, Ajuluchuwkwu Edechiene, a communication strategist, called on those in power to create a platform that would allow the youths to participate actively in politics.

In her speech, Chinyere Otuonye, also a guest speaker emphasized the need for sensitization by all key stakeholders involved in youth empowerment, adding that it could be social, educational, political and cultural empowerment amongst others 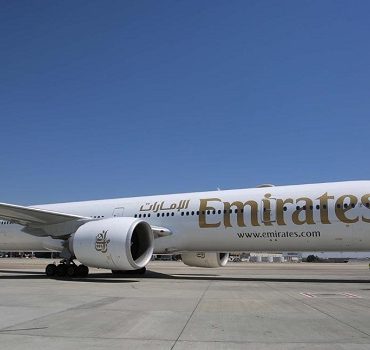 Emirates Airlines have announced that it would suspend its flight operations to Nigeria from September 1, 2022. The flag carrier of the United Arab Emirates UAE yesterday disclosed this in a statement, blaming its decision on the inability to repatriate its earnings in foreign exchange from Nigeria. This is coming about three weeks after the airlines appealed to the Minister of Aviation, Hadi Sirika, to support the repatriation of its revenue […]