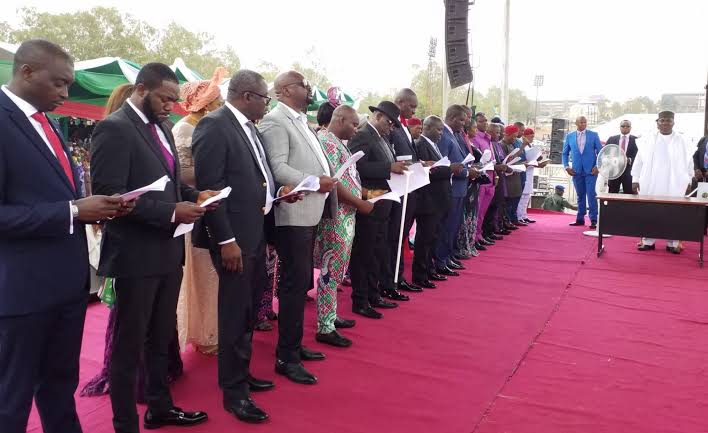 The Governor of Enugu State Ifeanyi Ugwuanyi has inaugurated the Chairmen and the Deputies of the 17 Local Government Council Area LGA in the State, reiterating his administrations efforts in raising credible leaders in the local levels.

Ugwuanyi during his speech yesterday, expressed gratitude to God for a successful election conducted on the 23rd February 2022 where the Chairmen, the Deputies of the 17 LGA Councils and Councilors of 260 Wards emerged winners under his party, the Peoples Democratic Party PDP.

He however urged them to understand that their election was a call for service and ensure they make positive impact in the discharge of their duties.

The Chairmen and their Deputies took the oath of office at the event which took place at Michael Okpara Square Enugu, promising to be leaders and not rulers, while working within the law of the state and local government. 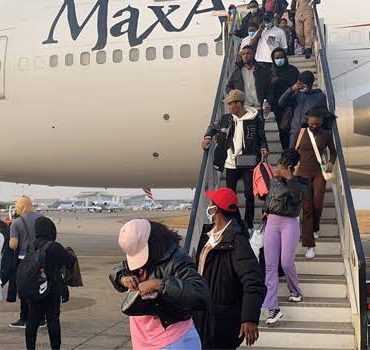 The first batch of Nigerian evacuees from Ukraine has arrived in Abuja today. An update by the Nigerians in Diaspora Commission (NIDCOM) on its Twitter handle, revealed that the passengers, numbering about 450 from Romania, landed at the private jet terminal of the Nnamdi Azikiwe International Airport by 7:10 this morning via a Max Air flight. They were received by government officials and are expected to undergo documentation after which […]