A dismissed personnel of the Department of State Security Services Dss, Prosper Israel, along with nine other suspected robbers, were, yesterday, paraded by the Abia State Police Command, for robbery.

The suspects were part of the alleged 14-man robbery gang that ambushed a bullion van near Ntigha Junction of the Enugu-Port Harcourt expressway, on July 26, 2022, which led to the killing of the cash officer of a new generation bank on the spot, while the suspects carted away an unspecified amount of cash being conveyed by the bullion van.

Parading the suspects, the Commissioner of Police in the State, Janet Agbade, said their arrest was the reward of months of painstaking efforts and investigation, explaining that they carefully studied their modus operandi and set up a special intelligence technologically-led Investigative Squad ITLIS, with a clear directive to arrest and recover weapons used by the deadly armed robbery gang.

Agbade, who said that efforts were on to trail three other members of the gang still at large, pleaded with members of the public to always volunteer information about suspected criminals around them. 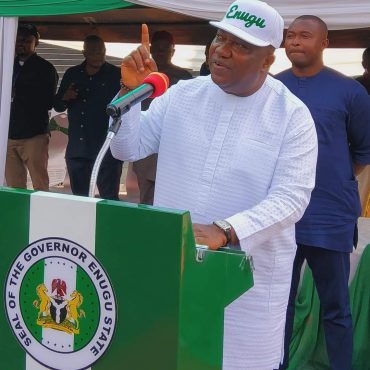 The administration of Governor Ifeanyi Ugwuanyi in Enugu State signed an agreement with the Nigerian Sovereign Investment Authority NSIA for the federal agency to take over.

The administration of Governor Ifeanyi Ugwuanyi in Enugu State has signed an agreement with the Nigerian Sovereign Investment Authority NSIA for the federal agency to take over the state-of-the-art Enugu State Medical Diagnostic Centre, Enugu, and will now be known as Medical Diagnostic and Oncology (Cancer) Treatment Centre. The agreement, according to the state government will pave the way for the NSIA to provide comprehensive medical, diagnostic, and oncology treatment […]