Esther Onyenezide says she is yet to recover from the Falconets elimination at this year’s FIFA U-20 women’s World Cup in COSTA RICA. 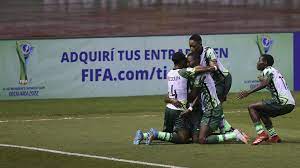 Esther Onyenezide says she is yet to recover from the Falconets elimination at this year’s FIFA U-20 women’s World Cup in COSTA RICA.

The Falconets hopes of securing a first ever U-20 World Cup title was ended following a 2-0 defeat to the Netherlands in the quarterfinals on Sunday.

The Christopher Danjuma-led side went into the game as Favorites after finishing top of their group that had France, South Korea and Canada but the Dutch women emerged winners with two first half goals.

Reflecting on the Falconets’ exit Onyenezide on twitter said she is still in tears and pains as their campaign came to an abrupt end, stressing that they had high hopes & confidence about their chances but God knows best.

Onyenezide was the Falconets’ top scorer at the tournament with three goals and won two Player of the Match awards. 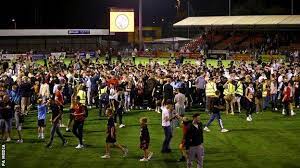 League Two strugglers Crawley Town knocked Premier League newcomers Fulham out of the Carabao Cup on fairytale night at their Broadfield Stadium. Goals from Tom Nichols and Liverpool loanee James Balagizi gave the hosts a famous victory, with the full-time whistle prompting a pitch invasion by their jubilant supporters. Crawley sits 23rd in League Two - 84 league positions below their opponents having lost four of their opening five league […]