Erik ten hag yesterday evening enjoyed a dream start to life as new manager of manchester united with an emphatic 4-0 pre-season victory over liverpool in thailand.

United ran riot against an extremely unfamiliar liverpool side, with jadon sancho’s rasping drive, a scintillating dink from fred, and a breakaway effort from anthony martial securing an unassailable three-goal lead at the break.

Liverpool, who started the match with five teenagers and did not introduce super star mohamed salah, virgil van dijk, or summer signing darwin nunez, until the 61st minute, left themselves with too much ground to make up on united, who crowned the encouraging victory with a brilliant late fourth from facundo pellistri. 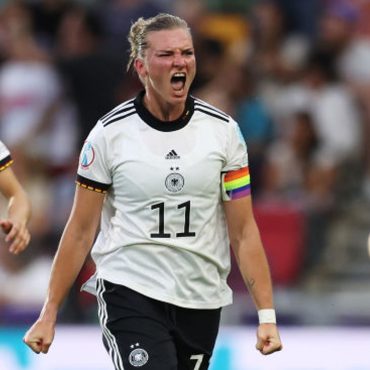 Eight-time european champions germany defeated spain 2-0 to secure top spot in group b and avoid a euro 2022 quarter-final tie with hosts england. Germany were gifted an early goal when spanish goalkeeper sandra panos clearance fell straight to klara buhl and she scored with a low strike. Lucia garcia had a chance to level but could only shoot into the side netting, while alexandra popp, who only returned to […]