Emma Raducanu is through to the second round of the Slovenia Open after winning her first match since her unsuccessful US Open title defence.

British number one Raducanu was leading 6-2 5-3 when her opponent Dayana Yastremska was forced to retire.

The 22-year-old Ukrainian, who is 89th in the world, injured her wrist while 30-0 down serving to stay in the match.

19-year-old Raducanu went into the WTA 250 hard-court event as top seed but had slid from 11th to 83rd in the world.

Her first-round defeat by Alize Cornet at Flushing Meadows meant she failed to defend any of the ranking points earned in her victory at last year’s US OPEN, which remains her only WTA title. 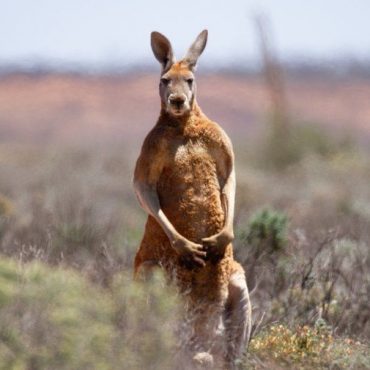 An Australian man has died after being attacked by a kangaroo he had been keeping as a pet. A relative found the 77-year-old man with serious injuries yesterday at his home in Redmond, about 400 kilometers south of Perth. When paramedics arrived at the rural property, the kangaroo prevented them from treating the man forcing the Police to shoot the marsupial dead, while the man died at the scene. A […]