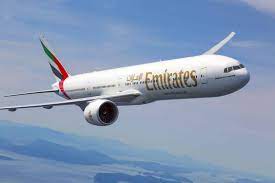 The airline made this known in an email sent to customers, stating that Inbound flights from Dubai to Lagos EK783 and outbound flights from Lagos to Dubai EK784 would recommence from Sunday 11th September 2022.

The airlines had earlier announced the suspension of flight operations into the country from September 1, 2022, following its inability to repatriate over 85 million dollars of its tickets sale, but the Federal Government through the Central Bank of Nigeria released part of the outstanding ticket sales fund in response to the development.

However, Emirates said Lagos flights after 30th September 2022 would be advised in due course.

The Federal Government has summoned vice-chancellors, pro-chancellors, and chairmen of governing councils of federal varsities to a meeting following the lingering strike by the Academic Staff Union of Universities ASUU. The meeting scheduled for September 6th with the Minister of Education was convened in a letter by the National Universities Commission NUC through the Deputy Executive Secretary of Administration, Chris J. Maiyaki as part of efforts to resolve the industrial […]