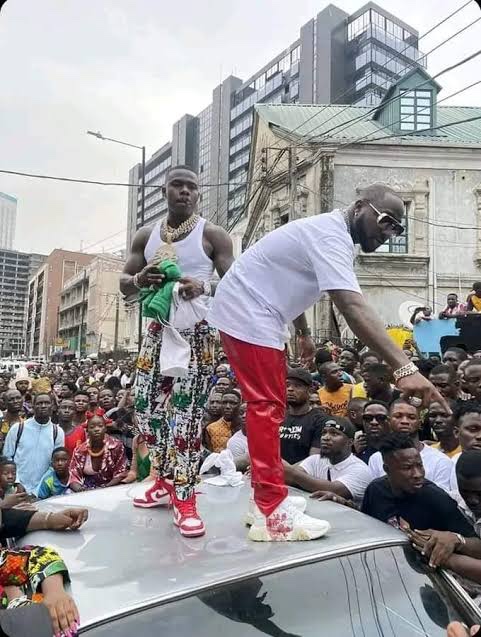 In a video shared by the rapper on his Instagram page, Davido and Dababy were walking down a street in Lagos and they were greeted with cheers from fans.

Dababy had landed in Lagos on Monday to visit Davido.

In the video, Davido revealed that they were in Lagos Island.

The Flying Eagles of Nigeria have qualified for the 2023 U-20 Africa Cup of Nations taking place in Egypt, after defeating Côte D’ivoire 2-1 after extra time in the second semi-final of the WAFU ZONE B tournament in Niger Republic. Daniel Daga gave the Flying Eagles the lead in the first half but the Ivorians equalized on the stroke of half time. After both teams failed to find the winner […]