A Federal High Court sitting in Lagos has held that the NBC acted beyond its powers. 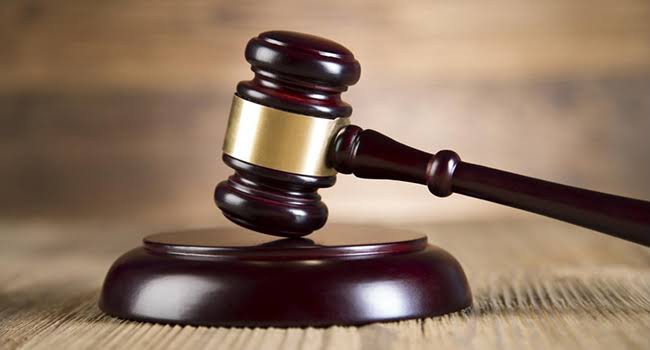 A Federal High Court sitting in Lagos presided over by Justice Ambrose Lewis-Allagoa has held that the Nigerian Broadcasting Commission NBC acted beyond its powers in seeking to regulate the practice of advertising in Nigeria contrary to the provisions of the extant Advertising Practitioners Regulation Act of 2004.

The court also declared that the NBC lacks the power to prohibit exclusivity on privately acquired intellectual property right in programme contents of a right holder viz a viz the salient provisions of the constitution and the copyright act.

In a suit filed by a Lagos based journalist, Femi Davies, Justice Lewis-Allagoaalso set aside the proposed amendment to the 6th Edition of the NBC Code for being ultra vires, incompetent null and void, and perpetually restrained the Commission from implementing it.

Judgement reserved by The Supreme Court .

The Supreme Court yesterday reserved judgement in a suit filed by President Muhammadu Buhari and the Attorney General of the Federation, seeking an interpretation of Section 84 subsection 12 of the electoral act, 2022. The seven-man panel led by Justice Mohammed Dattijo, says the date will be communicated to the parties involved in the suit, after taking arguments from parties and adopting their processes. The All Progressive Grand Alliance APGA, and […]