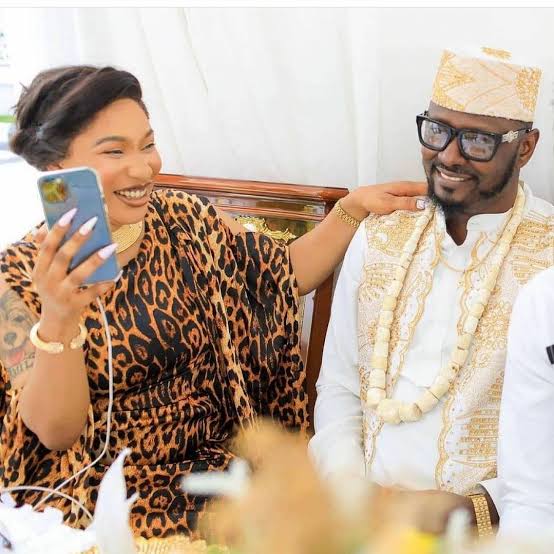 Nollywood actress, TONTO DIKEH’S new man Prince KPOKPOGRI has denied cheating on the movie star.
A leaked audiotape had surfaced online where a conversation was reported to be that of KPKPOGRI and a lady, who talked about him cheating on DIKEH in their house, while also highlighting the movie star’s unrepentant drinking and smoking habits.
KPOKPOGRI via his Instagram page today, asked people to disregard the news, saying it was a fake clone voice recording.
The activist added that he would be going live on Instagram on Sunday for clarity purposes, to help people distinguish the fake voices from the real voice.
Recall that DIKEH and KPOKPOGRI, who is the chairman of Anti-Corruption and Integrity Forum, made their relationship public in June during his birthday.