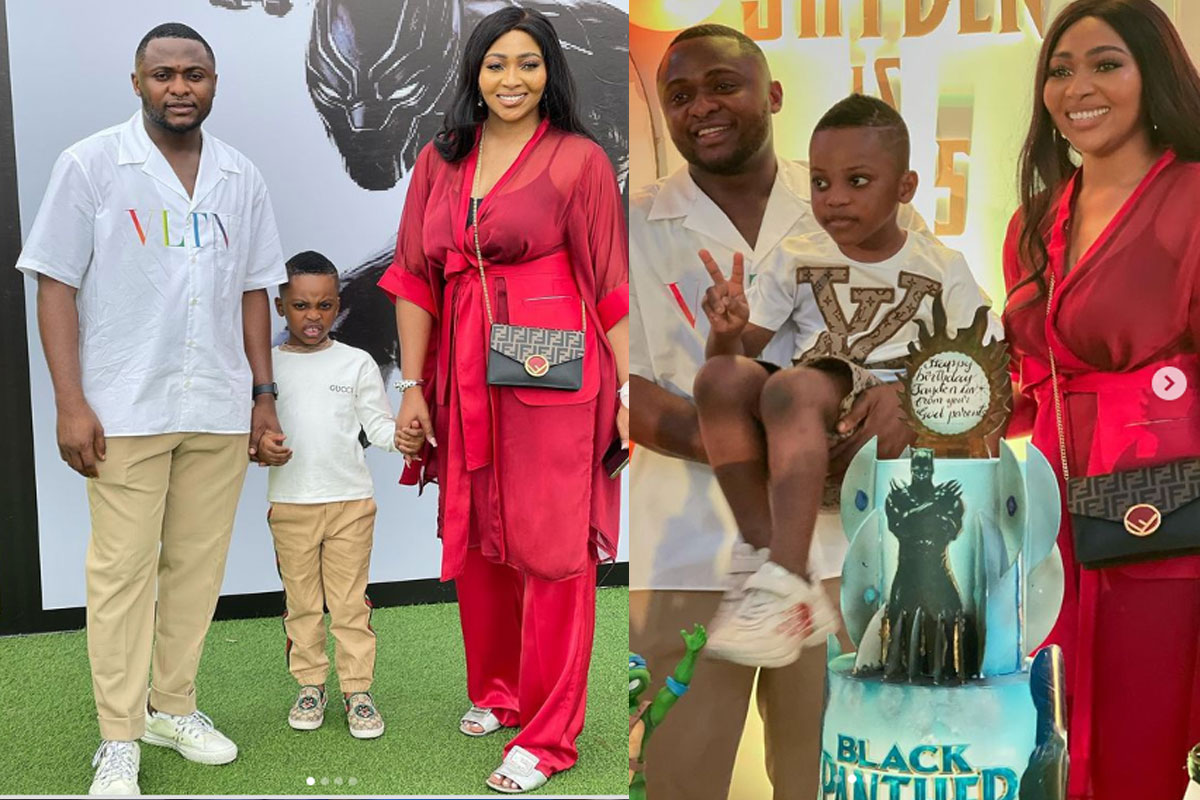 Nigerian music mogul, UBI FRANKLIN and his ex-wife LILIAN ESORO teamed up to celebrate their son, JAYDEN’S fifth birthday.
The former celebrity couple invited close friends and family over the weekend, as they turned up for the birthday boy.
Among those who turned up for the birthday party with their children include Video director JUDE OKOYE and celebrity stylist, YOMI CASUAL.
ESORO and FRANKLIN who got married in November 2015 in an elaborate and flamboyant wedding, went their separate ways a year after and the marriage was officially dissolved in 2021.