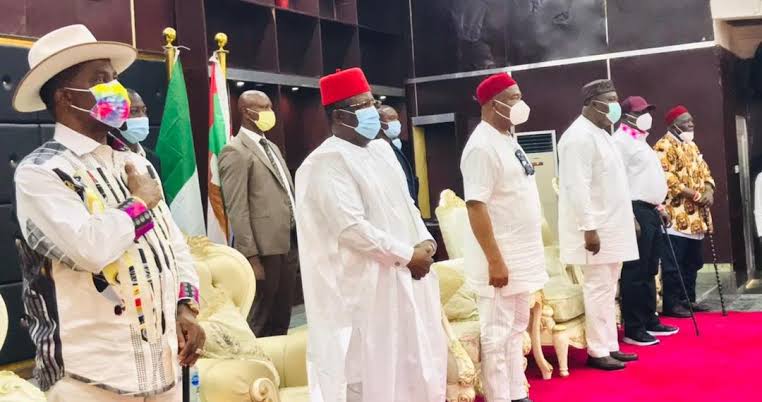 Heavy security presence has been witnessed in Asaba, the capital of Delta state as southern state governors meet today, Tuesday.

Various security operatives have been seen at strategic positions across the capital to avert any unforeseen incidents.

The road which leads to the Government House, which is the venue of the governors’ summit has also been barricaded, and the security at the entrance beefed up significantly.

It has been gathered that the continual attacks on police assets, unfortunate killings of policemen in south eastern and south-south states, as well as kidnappings would be some of the agendas discussed at the meeting.

The Chief Press Secretary to the governor, Mr Olise Ifeajika, has stated that almost all the governors are expected to arrive in the state for the summit today.

According to Ifeajika, after the meeting, “decisions will be taken and the communique will be read.”