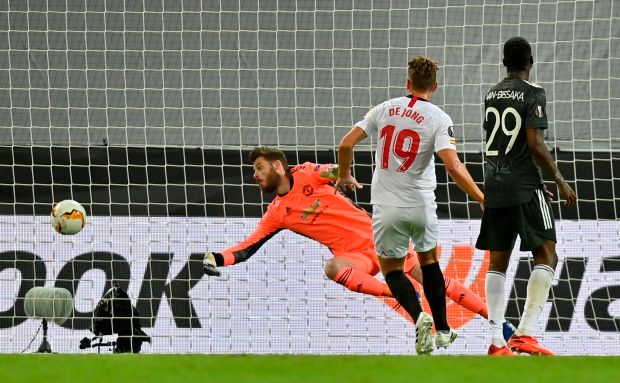 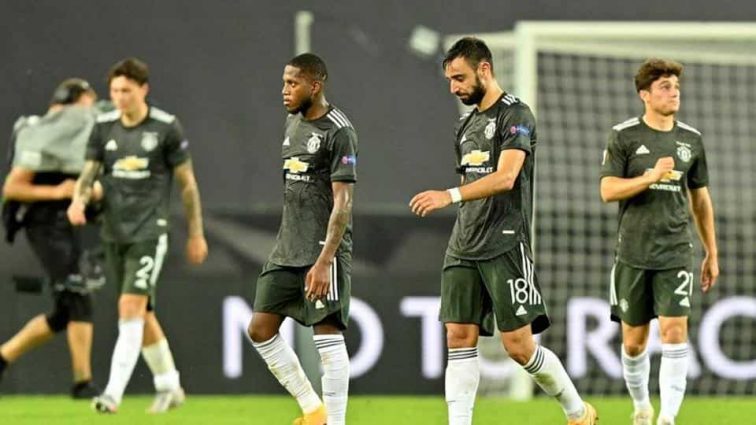 OLE GUNNAR SOLSKJAER’S side lost their third semi-final this season despite taking the lead when BRUNO FERNANDES scored their 22nd penalty of the season after MARCUS RASHFORD was fouled by DIEGO CARLOS.

Serial EUROPA winners Sevilla, equalized before the interval when former Liverpool forward SUSO swept a finish past DAVID DE GEA at the far post before the RED DEVIL’S fate was sealed when they missed a succession of chances early in the second half as Sevilla keeper YASSINE BOUNOU emerged as the hero, denying ANTHONY MARTIAL several times.

SEVILLA, who defeated WOLVERHAMPTON WANDERERS in the quarter-final, secured their place in the final when LUUK DE JONG buried a cross from JESUS NAVASwith 12 minutes left, while FERNANDES and VICTOR LINDELOF were left fuming at each other in the aftermath.